While retail jobs are falling across the Country, Miami has continued to add retail sqft across the city; But will that be enough for the new American Dream Mall? 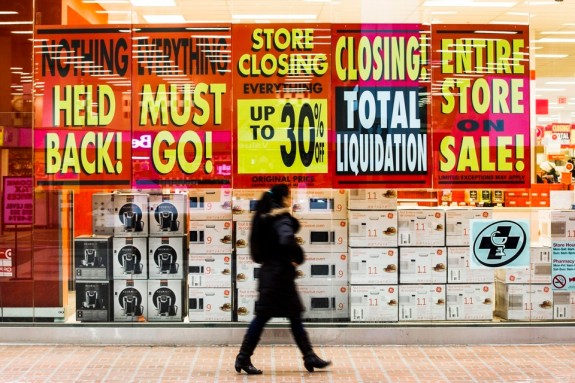 There have been a plethora of articles describing what is being called the incoming “Retail Apocalypse” (The Atlantic, April 2017). 8 million people work in front-end retail services in the United States, making up about 6% of the total workforce. Since last October, 100,000 jobs have been lost in department store closings alone, with more predicted this coming year. These drops are attributed to an increase in e-commerce and restaurant/entertainment spending. For perspective, that is more people than worked in coal mining at its height of production. Despite these statistics, Miami developers continue to build and promise millions of square feet of retail development across the city.

While most retail statistics look bleak, South Florida remains a seemingly healthy market. While the national retail vacancy rate sits around 10%, Miami’s is 5.7%, with an average rent of $23.7 psf, the highest of any growing retail market in the country. Fortune Realty Group estimates the vacancy rate to drop over the next year to 4.7%, and the NOI to increase 10% as retail rents will rise due to increased demand. Miami-Dade County has 145,600 retail workers. While these numbers are good, it is important to zoom in and understand why Miami appears to be an anomaly among major cities. 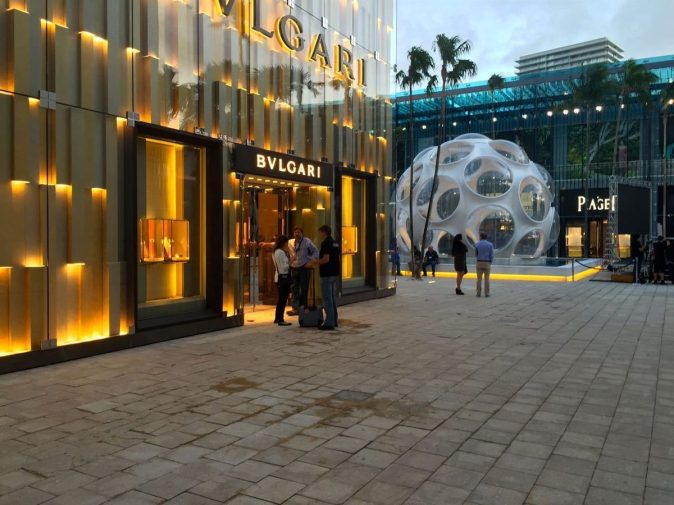 Since the recession, the major growth in Miami retail has been primarily in the luxury space. Both the Design District and Brickell City Centre together have added close to a million square feet of luxury retail in the past 3 years. Before 2000, Bal Harbour was the only place for luxury brands in Miami due to a protectionist lease stipulation. After 2002, and the opening of Merrick Park, there are 6 major locations for luxury brands around the city: Aventura, Merrick Park, the Design District, Dadeland Mall, and Brickell City Centre.

While both Aventura and Dadeland existed before this date, both expanded their luxury retail makeup in the past decade. While brands like Macy’s and JC Penny are seeing shoppers move online, luxury buyers still appear to go into the store to make purchases, and Miami is a robust market for luxury shopping. This is due to both tourism and international residents, who typically patronize these locations. For example, in 2012, visitors staying at Brickell hotels alone spent $800 million on shopping in South Florida, mostly in the luxury space. There appears to be room for everyone in the “top shelf” of Miami retail, with no signs of slowing down. 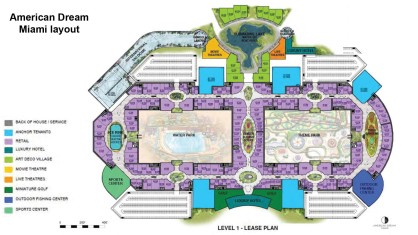 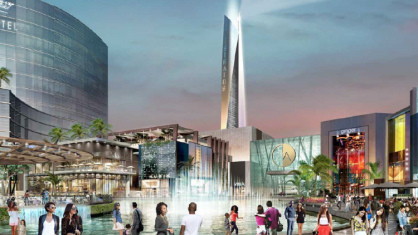 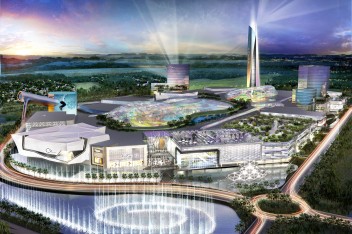 The 5-ton elephant in the Miami retail space, however, is the pending American Dream Mall in the North West corner of Miami-Dade County. In an age of declining retail and rapid urbanization, this project is a suburban, isolated mall, with 1 million square feet of commercial retail. It occupies a figurative peninsula made by the intersection of two highways, I-75 and FL-Turnpike, and promises to include an indoor amusement park, ski slope, water park, and ice skating rink. This fun house is reminiscent of American Mid-Century optimism but does not reflect obvious trends in the market, and overestimates the appetite for its existence. The creators argue that they are focusing on “experiential retail” spaces, however, those types of stores look for flagship locations, usually not in suburban locations, as they are more marketing focused, rather than profit machines. Nevertheless, the mall claims it will create 14,000 service jobs and will be a destination for Miami.

There is space for growth in thoughtful, targeted retail in Miami, but the American Dream mall appears to be reaching for a place long abandoned by conventional wisdom. Perhaps it is a destination that can attract more annual visitors than the Magic Kingdom, as reports claim, but it is the wrong project at the wrong time for a city that is aiming to diversify and upscale its workforce. Miami remains a Retail Paradise for niche luxury retail, but is not immune to larger moves in the marketplace, and should take note of them.