A description of my obsession with the Miami Grid, and why I named this Blog after it.

In 1978 a little-known architect, named Rem Koolhaas, doing his Ph.D. in New York City, wrote and published Delirious New York, a manifesto of sorts talking about the creation of the urban fabric of Manhattan. In it, he claims that the city’s regular, elongated grid of avenues and streets allows for an architecture that is irregular. These irregularities create “hot spots” in the city when they occur, making important spaces in seemingly unimportant places. Furthermore, the advanced laying out of the Manhattan grid, up to 155th St., decades before there was any development north of Houston St., was a bold move. It created a system of development that would later engulf the island and allowed for organized capitalistic chaos. The founders of Miami acted much the same way when creating the grid system that we still use today.

For those who don’t know, Miami is made up of four cardinal quadrants, separated by Miami Ave running N-S, and Flagler St. running E-W. It is a graphic method of way-finding, where one can locate an address without having to know block numbers or street names by heart. It also created a bold system of development, long before there were more than 10 buildings in the city.

A macro 1 mi by 1 mi grid was set up of streets and avenues occurring every 16 streets and every 10 avenues as a blanket across the city. These major roads generally pass through obstacles such as highways, trains, parks, and waterways, allowing even access across the city, while allowing for “chaos” to occur within each of the larger grid squares. This is the “super-block” version of Koolhaas’ vision of the unbiased grid. In New York, it acts on the block scale, and in Miami, it acts on the neighborhood scale. This allowed for early developers and newly incorporated cities to assemble larger pieces of land and plat them at will. This created variation in the grid while allowing for generally even access across it. 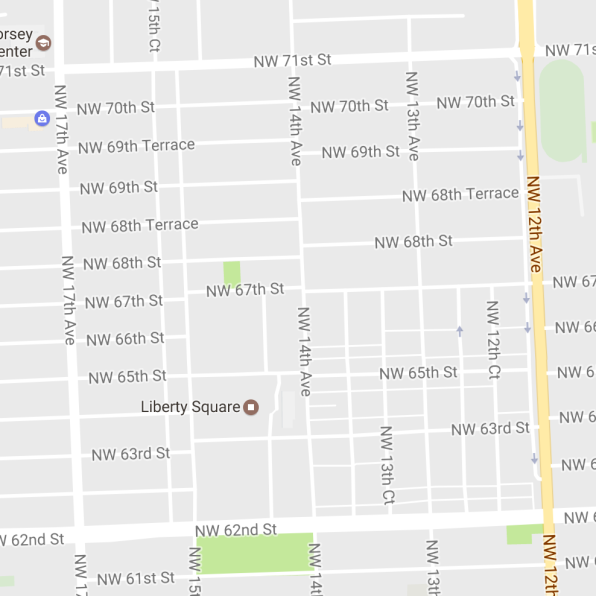 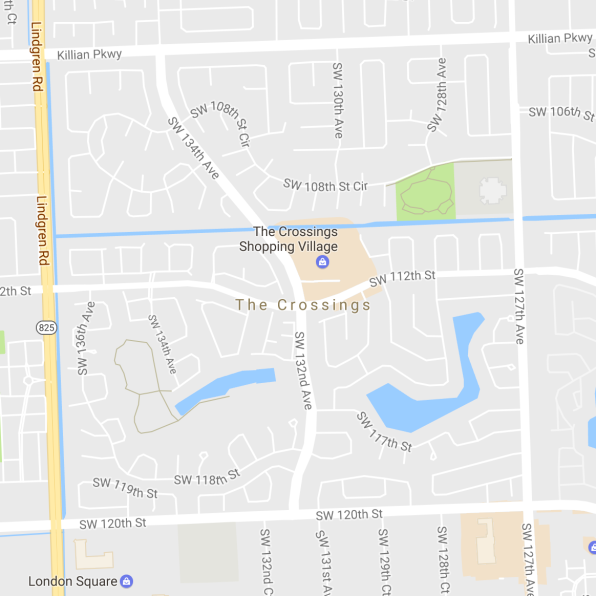 This relationship between macro and micro-urbanism is the story of the development of Miami. Early developers and city planners were able to work with seemingly blank gridded squares. Today’s developers and land assemblers must work within the decisions of platted lots made when those first pioneers created them decades before. There are a number of elements that break the grid, and these sometimes create “hot spots” or “isolated spots,” depending. The first were geographic, being the Miami River, where the first settlements of Miami began. The second were transportation related. involving the railroad, highways, and federal roads like US1 (see the previous article on these here). 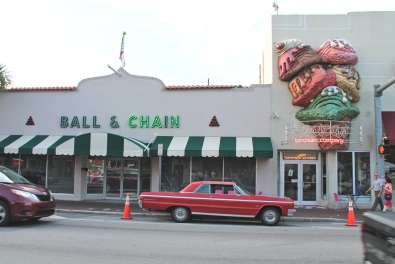 The development of these “super-blocks” have created a diversity of neighborhoods within the larger grid. Little Havana, for example, has small platted lots, creating a dense fabric of small multi-family and retail locations. However, just across the river, Allapattah has larger platted lots, used for industrial and warehouse shopping types. Coconut Grove has small lots, creating a vibrant community for townhomes, small multi-family, and a slow pace of development with a few larger parcels. Wynwood has large platted lots, allowing for larger projects to take over. These larger plots in Wynwood have inspired a series of “internal block” projects that look into the blocks to create large social spaces of courtyard like Wynwood 25, or promenade like Mana Wynwood.

From way-finding, to access, to neighborhood platting, the Miami Grid affects our everyday lives here. It has created its culture of development, city planning, and its irregularities have created both places of access and isolation. The grid while regular, has allowed for a diversity in neighborhood types that is good for Miami and its future.