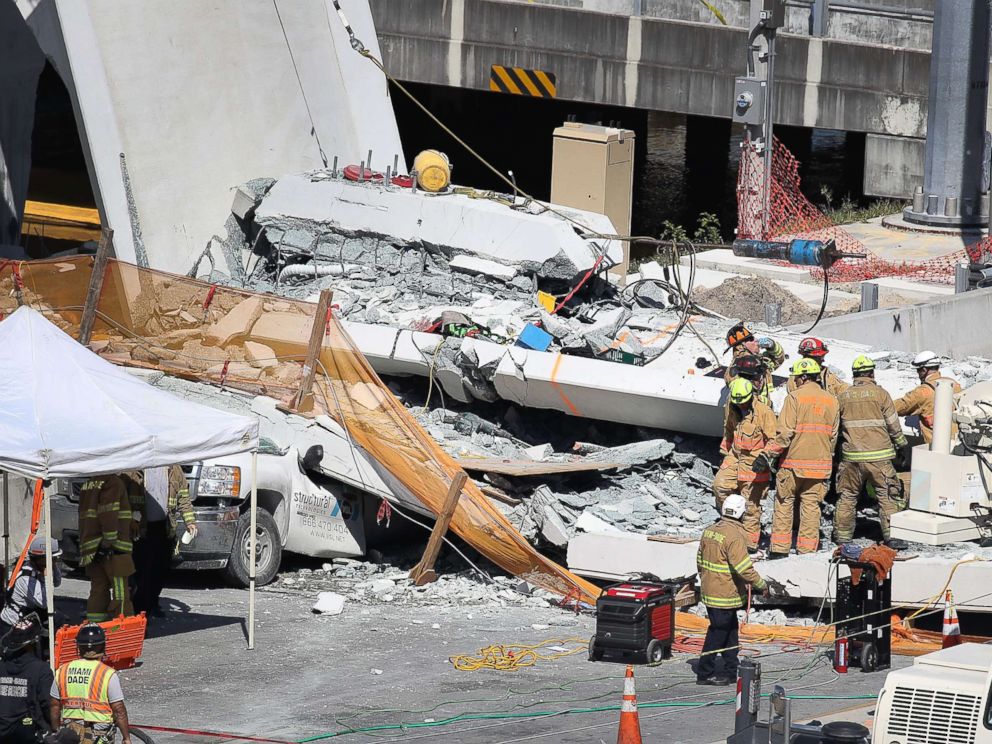 FIU’s Bridge was seen as a marvel in engineering but is now responsible for several injuries and deaths. How did we get here?

At 1:30 pm Thursday afternoon, a newly constructed pedestrian bridge across SW 8th Street to service Florida International University (FIU) collapsed, injuring and killing several. This horrific event comes just 5 days after the bridge was placed over the road using a new construction method championed at FIU called Accelerated Bridge Construction (ABC). The investigation as to the exact structural failures of the bridge could take months, but here is some background information on what ABC is, and what led to the creation of this project. 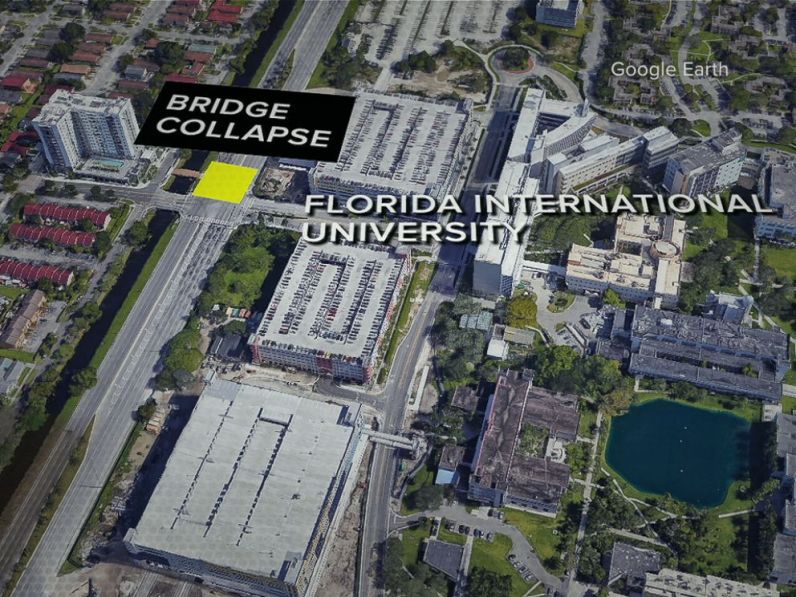 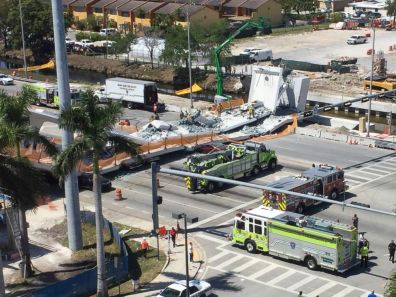 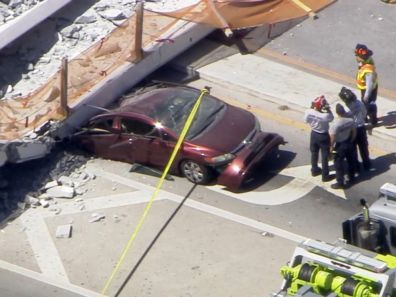 In 2013, a collaboration between FIU, the city of Sweetwater, and a few private entities was awarded a Transportation Investment Generating Economic Recovery Grant (TIGER) worth $19.4 million to fund the construction of a pedestrian bridge over SW 8TH ST as well as a few other pedestrian projects. The final cost of the bridge and entry plazas came out to $14.2 million. FIU estimates about 4,200 of its students live in the City of Sweetwater, across 8 lanes of traffic and a dangerous crossing to boot. This bridge would have made their commutes easier and safer. It also is seen as a boon to developers that have been waiting to build more housing in Sweetwater for FIU’s massive population of 55,000 students.

Accelerated Bridge Construction attempts to pre-fabricate a bridge before hoisting it over its crossing, in order to save the amount of time needed to close a road and coordinate with local entities. Completing this requires complex load calculations, simultaneous concrete stress testing, and complicated maneuvering. However, if done correctly, the implications are far-reaching when it comes to improving America’s aging infrastructure. It is also theoretically safer for workers, drivers, and pedestrians.

In January 2011, FIU granted $50,000 to help fund the initiation of the Accelerated Bridge Construction University Transportation Center (ABC-UTC). It is a group of bridge professionals providing research and teaching seminars to expand this novel method of bridge building around the world. The director of FIU’s ABC-UTC Atorod Azizinamini, is seen as one of the world’s leading experts on Accelerated Bridge Construction. He regarded the project as an “outstanding example of the ABC method.” 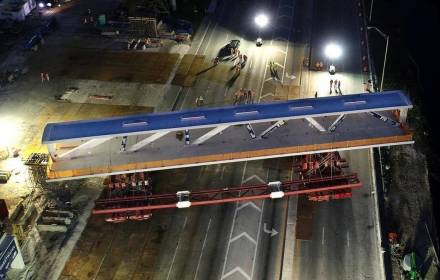 Maneuvering the bridge into place on March 10th, 2018

The ABC-UTC was heavily involved in the design and construction of the bridge alongside MCM Construction and FIGG Bridge design. This bridge is the longest ever attempted with this construction method. It spanned a clear crossing of 174 ft and was 39 ft wide. This width was in order to have programming and seating along the length of the bridge. The main span across SW 8th Street is held by 2 supporting towers, and a cable system for bracing that had not yet been installed. 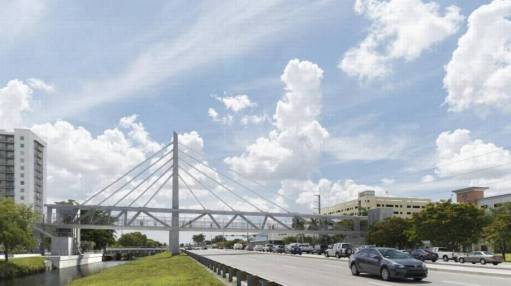 In a time of decaying and unimaginative infrastructure, the FIU bridge was seen as a shining light. Hope for a future of efficient, smart, process-oriented planning, and ABC was to be the way that improving American infrastructure without bothering us too much. Those priorities and methods are about to be taken under the microscope and reexamined, and hopefully, a better solution will come out the other side.

In the late Middle Ages, architects did not know how high or wide they could build gothic cathedrals before they fell. They simply kept building them taller and wider until they collapsed, and redirected course as they learned new information. Testing is good. New concepts are good. Moving towards more efficient construction methods is good. But when we are testing in the modern era, collapse is not a viable strategy.

Our hearts go out to the families of those affected by this terrible tragedy, and those recovering in the hospital.