Cities like Coral Gables and Miami have updated their zoning codes with the times, while Miami-Dade County has left its code in the past. 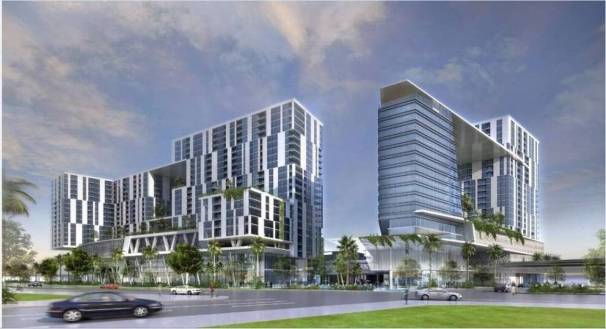 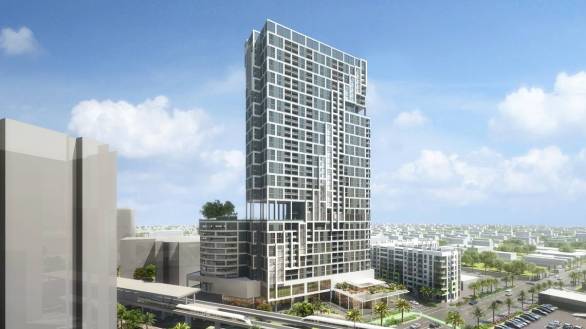 Last October it was announced that a 40 Story skyscraper will be built at the Douglas Metrorail station, double the size of any allowable structure around it. This site sits at the intersection of the City of Coral Gables and the City of Miami, but as it will be built on Metro-Rail property, the County is in charge of its zoning allowability. The closest building remotely comparable to the size of this tower will be Brickell, 6 miles away. This awkward, unplanned, unannounced tower is a direct result of the County’s failure to properly execute a form-based zoning code.

Form-based zoning code essentially creates regulations for how a building sits on a site based on its shape, rather than its function. It forces street level thinking and creates uniformity out of scale, not out of use. This is fitting with a trend towards mixed-use developments and walkability. The city of Miami adopted this zoning code in 2008 city-wide and many municipalities use it for dense or high transit areas. Miami-Dade County has responded to recent trends by creating the ability to designate special districts, with regulations on form and use as part of them, such as Downtown Dadeland.

Developments in deep West Kendall exacerbate traffic and the need for the massive Kendall Parkway project.

However, the county has completely ignored its role in directing density and quality of neighborhoods county-wide, allowing dense housing developments as far west as 167th Ave. Large impact fees incentivize the county to continue to allow unchecked growth, however, some of the areas hit hardest by recessions are the very same that should never have been allowed to be built in the first place.

Miami-Dade County is in charge of transit, and most of the surface roads in the city, however, its zoning code shows a lack of active planning. This has created a lot of the traffic and congestion we see, as well as awkward, unsustainable growth.  Dense housing far from the urban center is good in creating cheaper housing stock, but there are other ways to create value. Upzoning areas closer to the city and allowing for estate zoning far from urban centers would have been a better way to create a more steady development. In addition, the creation of a form-based zoning code in the county would help to incentivize street focused design. Driving down Sunset, Kendall, or Bird Road, you can see just how needed that is.

Andrew Frey created this prototype of the medium density zoning as part of a Miami 21 analysis.

The invisible lines that separate our city should not have a massive impact on quality of life, but that is exactly what disparate zoning codes do. City of Miami’s zoning code (Miami 21) is not perfect. The T4 and T5 designations are difficult to make meaningful development out of, Special Area Plans are hit and miss, and affordable housing is not incentivized enough, but the use of the form-based code has helped areas of Miami flourish as a more livable city. Street facing buildings, mixed-use developments, and more inviting building fronts are no-brainers, and the county and many other municipalities need to catch up, or we will continue to live in a zoning scrambled city.