New towers in Wynwood are rapidly changing the landscape of this formerly low lying industrial district. Ground infrastructure, however, is being left out of the equation.

The area defined to the West by I-95, to the North by I-195, to the south by NW 20th St, and to the East by the FEC Tracks was formerly called “El Barrio,” referencing the large Puerto Rican population that immigrated there in the 1950s. The area developed into a light industrial area, with a small fashion district through the end of the century. Due to the isolated location, and industrial use, graffiti artists have always used the area for tagging and murals.

When the FEC Rail Yard was sold and rebranded as the Shops at Midtown, art galleries, furniture stores, and other design-based industries began to move into Wynwood’s graffiti-covered retail shops. Tony Goldman’s acquisition and curation of the “Wynwood Walls” opened the area to tourists and everyday Miamians. 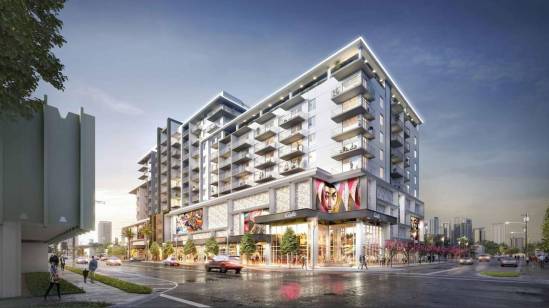 Wynwood Green, will be replacing the current site of O Cinema and Wynwood Yard 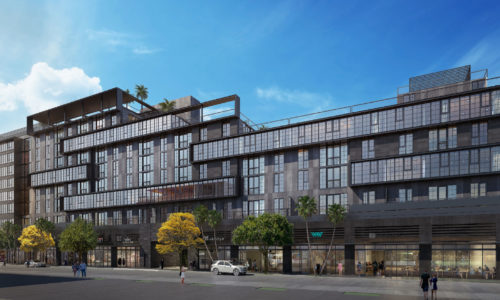 Wynwood 26, by the Related Group 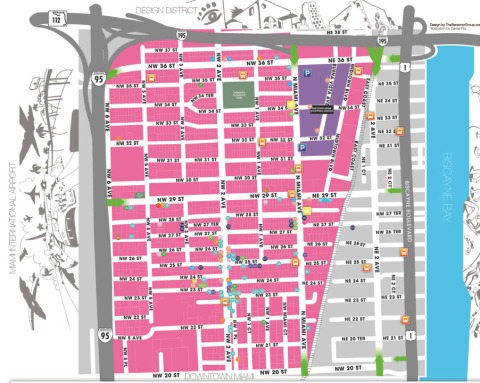 Map of Midtown and Wynwood showing its limited access points

Wynwood, by all measures, is booming, however, the city continues to ignore the unintended consequences of that boom. From an access standpoint, Wynwood is a peninsula, framed on 2 sides by highway, and 1 side by train tracks. This creates a lot of pinch points in access creating nightmare traffic scenarios on major events like Art Walk, Basel, and Halloweekend. As daily commuters and apartment dwellers are added to that, what is the transit plan for the area?

Miami’s successful use of the revitalization district has allowed Wynwood to experience a rapid shift in typology (adding residential and office space), but the city has ignored the ground when it comes to transit, walkability, and service infrastructure. The only new transit move has been the addition of a trolley on NW 2nd Ave, however, proper bus infrastructure is lacking in this area. In addition, proactive street closures and walkability improvements are imperative. NW 2nd Ave, the main drag, has 6′ wide sidewalk that cannot accommodate its current weekend traffic, which will only compound with the amount of development in the works.

Mana Wynwood Proposal creates a large thoroughfare, ignoring the streets that border it.

Many architects have tried to accommodate this lack of government response within their projects by creating intra-blocks. Something I have written about previously. However, this cannot be the solution. Tens of millions of dollars are being collected in real estate impact fees due to this increase in construction, and they should be used for improvements in infrastructure to help this rapidly changing area of Miami. If the city does not respond, the future of Wynwood as a successful center for commerce, art, and entertainment is up in the air.

Many in the area miss Wynwood’s gritty infancy, but the train has left the station, and infrastructure must meet the rapid demand. The city needs to begin creating pedestrian-only blocks, street greenery, bike lanes, dedicated bus lanes, and pocket parks or this area will never arrive as a truly world-class neighborhood that money is betting it will be.